The providers at Performance Orthopaedics & Sports Medicine in Buckhead and Lawrenceville, Georgia welcome you. Specializing in pediatric and adult orthopedic and sports medicine, we provide outstanding care with a personal touch and optimum patient outcomes. 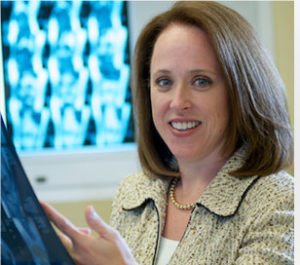 Dr. Stephanie Martin is a board-certified specialist in sports medicine and pediatric orthopedics. Dr. Martin developed her love for athletics at a very early age and has always aspired to work with young athletes. Being the daughter of a head basketball coach and athletic director at a college in northeastern Ohio fostered her development as an athlete and enriched her experience taking care of all athletes.

Dr. Martin attended college at Wittenberg University in Springfield, Ohio where she played varsity volleyball on her way to graduating as valedictorian and majoring in both biology and chemistry.

Continuing her education at Vanderbilt University School of Medicine, Dr. Martin received honors and graduated at the top of her class. While at Vanderbilt she cared for athletes in many sports, serving as one of the team physicians for the football team and traveling with the women’s soccer team. Dr. Martin completed her five-year residency in orthopedic surgery at Vanderbilt, after which she pursued dual fellowships in pediatric orthopedics and sports medicine.

In addition, only 2% of all board-certified orthopedic surgeons are women, making Dr. Martin’s experience even more rare. As one of only a few orthopedic surgeons capable of handling complex pediatric conditions, her skills were featured in a Discovery Channel documentary.

Dr. Martin is extremely active in the Atlanta medical community. She previously served as chief of orthopedics at Children's Healthcare of Atlanta at Egleston Hospital and as the co-surgical director of the sports medicine program at Children's.

Dr. Martin was elected and served six years on the American Academy of Pediatrics’ Executive Committee for the Council of Sports Medicine and Fitness. She has also served on the Executive Board of The Forum for Women’s Orthopedics for the past 10 years. She recently completed her two-year commitment as president and is now serving as the past president.

Other professional affiliations include the American Academy of Orthopaedic Surgeons, American College of Sports Medicine, and Atlanta Women's Association.

In addition, Dr. Martin has authored articles on a variety of topics, including original research on the physiology and benefits of using cryotherapy or “ice therapy” after surgery. Based on her expertise in an emerging and important field of medicine, she has lectured on pediatric orthopedics and sports medicine in meetings and universities around the United States.

In her free time, Dr. Martin enjoys running, weight lifting, snow skiing, water skiing, and scuba diving, and she competed in her first triathlon in the last couple of years. Having grown up in Ohio, she is an avid Ohio State fan despite living in Georgia and loving the SEC.

Dr. Martin is married to Greg Martin, a medical doctor in pulmonary and critical care at Emory University and they have two active children. 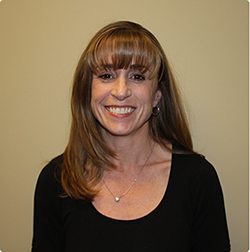 Mandy is a board-certified physician assistant. She developed a love for athletics at an early age as a competitive gymnast and competition cheerleader.

Mandy has an in-depth knowledge of sports medicine through both personal experience, as a high school and collegiate athlete, as well as her professional medical experience. In her spare time, Mandy enjoys running, camping, and spending time with her family. She currently resides in Walton County with her husband Bobby and two children, Charlie and Jake.

Kathy, our bilingual (Spanish and English) Practice Manager, was born and raised in New Jersey. Early in her career she joined Select Surgical Specialists, a general surgeon’s practice, where she learned the ins and outs of a medical practice. Kathy relocated to Atlanta in 2013, which forced Kathy to leave her employer of  15 years.  Kathy joined University Orthopaedics  in May of 2015. With her love to help others, customer service skills, and knowledge in the medical administration field, she quickly instituted changes in the running of the practice to improve efficiencies and customer satisfaction.  She was also handled all the workers comp and personal injury case for the case. Sadly, Dr. Thomas Branch announces his retirement and Unversity Orthopaedics closed their doors in late May 2019.

Kathy joined Performance Orthopaedics & Sports Medicine as of June 2019 in the hopes to continue helping those patients in need.  In her free time Kathy loves spending time on the beach with her two daughters and extended family.  She loves dancing and social events and meeting new people.

Melissa is Dominican born in New York, she is fluent in English and Spanish.  She has been working in the medical field since 2012 taking care of patients as an assistant in the front and back office.  Melissa is very creative and likes to apply that gift to her work and in her everyday life. Worked for University Orthopaedics for 5 years. Leaving with the knowledge of how to run the front desk, medical records and surgical scheduling. Sadly, University Orthopaedics closed their doors in the end of May 2019.

In her free time she enjoys taking care of her adopted daughters Bryanna and Elianna.  I loves the beach, dancing, making lamps, candles  and shopping. She loves to cook and ventures into all cuisines. Spending time with her fiance Julio.  She loves to help others and sometime volunteers locally

“Dr. Martin is the best. When I broke my leg playing roller hockey, she got me back playing sports in no time.”

Thank you for recognizing Dr. Martin as Atlanta’s Top Doc for 2020. 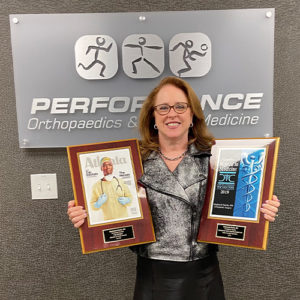 Whether you’re a weekend warrior, high school competitive athlete, or a trained Olympian, you need the very best care for your injury. Dr. Martin’s advanced fellowship training has prepared her to treat ACL injuries, fractures, and other common injuries with the highest level of skill and compassion.

From scoliosis to plantar fasciitis and everything in between, we offer innovative diagnostic and treatment methods for a broad range of orthopedic conditions. Dr. Martin’s comprehensive orthopedic care for pediatric and adult patients is why parents entrust her with the whole family’s care!